Life's been good to me so far

Some yachtsmen love racing yachts. I used to be one of them but now, getting a crew together and stressing the boat to sail up and down the same courses week after week has lost its appeal. With a small fleet of very different boats the handicapping system is difficult to make equitable which can lead to the same boats winning each time. It’s demoralising for crews on boats not popular with the handicapper, and I would imagine embarrassing for the skipper who wins race after race after race. Then again perhaps not. 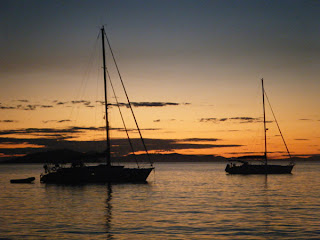 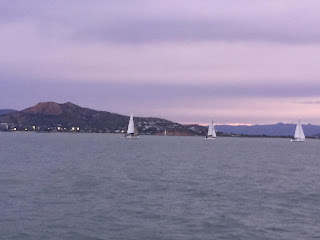 The wind started kindly at about 10 -12 knts but quickly dropped out. We sailed for about an hour before retiring and coming back to our dock. I was so pleased with the way this had all worked out. We had a ball. The atmosphere on DM was great, the sailing was good, the company was excellent, so much so that we are all off to Magnetic Island for sail training and lunch on Sunday.

Meanwhile, like an old war horse I have smelled blood.