Yes, I have Morals. A Moral Dilemma 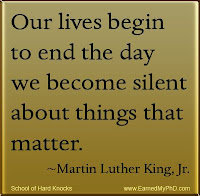 It’s not easy to be disciplined by the Cairns Yacht Club.  Sexually proposition the wife of the Resort Manager of your biggest Sponsor with racist innuendo? Nope. Start a fight with a member of another yacht club in their bar? Nope.  Start a verbal argument in another Yacht Club during a charity race? Not even close. In the 17 years I have been a member I can only think of one.

AirBnB is a World Wide organisation that arranges for people to stay in private accommodation. Looking on their website there is a variety of homes, boats, caravans and other accommodation to choose from. Dreamagic is a 4 cabin 44 footer with three showers, two heads, refrigeration, TV, stereo, and all the comforts of home. Actually it was my home, and parked at Marlin Marina it made the perfect base for anyone who wanted to enjoy a different lifestyle and the delights of Cairns. I advertised it and over the course of a year had about 8 families stay. The revenue offset some of the cost of ownership of a 44 and I didn’t think I was hurting anyone.

I have always lived by a belief that everyone should be free to do whatever they want, the only provision being that it doesn’t stop someone else doing whatever they want. So, if you want to go sailing without a life jacket on, fine. It’s your life. On the other hand If you want to take a motor cruiser through an anchorage at full bore and let your wash disturb other boats, you can’t. Simple isn’t it? However, there are individuals who don’t agree with this philosophy.  They have tiny lives with no colour or excitement so they live them vicariously through those who don’t live like that. Instead of getting on and enjoying the short time they are here, they seethe with resentment, meddle and try to control or destroy anything someone else is doing. Like sand flies you don’t see them, they are just irritating.

Clearly I was having too good a time and came to the attention of one of these pests. He or she researched my advertisements on AirBnB, and spent a considerable amount of time building a case before sending an anonymous letter of complaint to Ports North, MSQ, Cairns Yacht Club, Father Christmas and probably my Mother if she had still been alive. Ports North got in touch with the Yacht Club, and the Commodore called me for a meeting. Within an hour of the problem being explained to me my boat was moved, and I thought that was an end to the matter. I did have one couple already in transit from the US who were due to spend a couple of nights on the boat so I called Ports North and spoke with their Operations Manager. I explained the situation and asked if I could just fulfil this obligation. He agreed. End of the matter with them.

I also spoke with MSQ because I had been accused of taking people sailing for money. I explained to them that I did do that, on Wednesday Afternoons. I had been doing it for years with the money going into the till of the CYC. They laughed, said it was probably jealousy, just a vexatious complaint and they were fine also.

Alas the Executive Committee of the Cairns Yacht Club decided that the matter was not over and I needed to be “Punished” (their words). I haven’t been ‘Punished’ since I was 15 years old, and that was 6 of the best on my bottom for wagging school. Now in my 60’s. I am not sure that I can “Bend over and touch your toes”, but hey! I will give anything a go!

Punishment initially was just complete inaction. I was asked to return my amenities key so I pointed out that in Australia the sentencing comes after the trial, and as a member for 17 years there needs to be a disciplinary hearing so that at least it looks like fair play had prevailed. Days turned into weeks as I waited for the 6 members of the Executive to come up with something appropriate, and finally, a hearing date was set, coincidentally on the evening of the day I had already said I was leaving to take my boat South.

I wrote a letter to the Executive Committee stating my case. I explained that I didn’t think I had done anything wrong. I paid CYC $500 a month for that berth so they are ahead. I explained that when I rented the berth there was no rental agreement so I hadn’t broken any rules. I explained that Ports North and MSQ had no problem with me so why did they?  I explained that the practice of letting through AirBnB was common and indeed there are other boats doing it right now. And I explained that in the Australian Justice System one has the right to face their accuser, and mine was being shielded by the committee. All to no avail. I had clearly broken the unwritten rule. (That’s the trouble with unwritten rules but I was assured that while they couldn’t actually find it, I had broken it.)

OK, I was obviously going to be found guilty, so I tried clemency. I then explained that I had been a member for 17 years. That in the early days I had provide thousands  of dollars’ worth of copiers, printers, faxes, toner, paper and service technicians free of charge over a 5 year period while I was General Manager at Canon and that could be verified by two life members. I explained that I have always had a boat, and would bring mine around from Yorkeys each Wednesday just to do WAGS. I have taken hundreds of people sailing, and the club has benefited financially from that. I had introduced the current Commodore and a past Treasurer to sailing, both of whom went on to join the club and buy their own boats. In the past year I co-authored and help build the current website the club uses, and on probably a dozen occasions spent Saturday mornings helping junior sailing. Finally, I explained that within an hour of being made aware there was a problem it was resolved.

Alas all for nothing. The case was heard in my absence and sentence handed down. I had been told that “they needed blood on the floor”. All very S&M and the “they” bit was ominous. Unfortunately, I wasn’t available for the corporal punishment they felt I deserved so banishment would have to suffice.

In a ruling worthy of a Turnbull Government I was banned from bringing Dreamagic alongside a Club Berth for SIX months, unless I am picking up and dropping off people who have paid the CYC to sail on a boat that I provide for free. Wow! We don’t want your boat, but we do want the money.
But wait, there was more. Presumably disappointed at being denied the chance to dress up in leather and cane me I was also banned for THREE months from using the amenities. Now that hurt. I am in my sixties. How can I be expected to hang on for three months? I can’t last all night!

I thought that was harsh. Extremely harsh actually. I had been a member a long time. I felt I had made generous contributions to the Club and I felt it unfair. However, this was a democratically elected committee and if that was their decision so be it. Worse things happen at sea.

I sailed Dreamagic down to Townsville, and then to the Whitsundays. (Yes, contrary to what some Cairns sailors believe, a properly constructed yacht, appropriately crewed can leave the leads of the Cairns Inlet and safely return. In my experience “Here be Dragons” north of Double Island and south of Fitzroy is greatly exaggerated.)

In all I spent 11 months away and had a ball. As time went by I started to find my suspension was amusing rather than as hurtful is it was designed to be. It was no great impost. The club had moved a long way from what I consider a successful club should be, so I probably would have left anyway. There is no social sailing, indeed no social activities at all. Just a race once a week up and down the inlet designed to let elderly letchers ogle backpackers and keep the same couple of boats in rum. I joined Townsville Yacht Club and enjoyed their bar, restaurant, social weekends, big fleets, transparent handicapping etc.

Whilst away I met a lot of yachties, including a delightful couple at the Shag Islet Cruising Yacht Club Rendezvous. Our crew hung with them a while, and we arranged to meet in Cairns when they got there, which was a couple of weeks later.  I invited the skipper home for dinner and during our conversation he mentioned that he had to go south for 4 weeks. Marlin Marina is wickedly expensive, but he didn’t want to leave his boat on anchor. Any suggestions?

Well, I knew there is an unused mooring owned by a committee member beside mine. I know because they were both laid at the same time. I suggested that he ring the owner and see if he could use it. (I also suggested that he not mention my name, because I am about as popular as a rattlesnake in a lucky dip with that committee.)

Clearly he got permission and I helped him move his boat over to the vacant mooring. In the bar afterwards I asked if getting permission had been easy. It seemed it had, and only cost $200 for the 4 weeks.

So here is the moral dilemma. Unlike renting a club berth, to get an MSQ mooring one needs to sign an MSQ agreement, and that agreement clearly states than you cannot sublet. I know from experience that the CYC take breaking rules of this nature very seriously, so if a senior member of the Executive knowingly breaks those rules….what do I do?


I think the only thing I have less respect for than being bullied is hypocrisy. I have pretty much made my decision, but I am always open to suggestions.