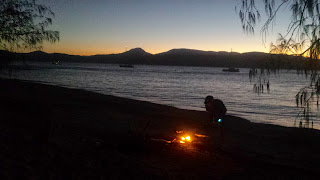 
Taking into account people's preferences for where to get on and off, I made the offers and assembled the crew. And I think Dreamagic has a great crew lined up!  I have at least two people for each part of the journey, as many as four for some. and we even have a professional chef! Some people are doing one leg, some are staying on for two. The pick up and drop off dates are finalised, commitments are now made, travel plans are in place, first leg crew are flying in on the 17th by which time the boat will be provisioned and fuelled. We will push off on the 18th, first stop will probably be Fitzroy Island, then wherever the whim takes us.
More as the trip progresses.
No comments: